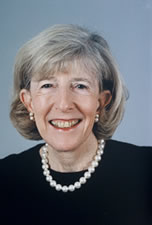 Judith K. Brodsky is Distinguished Professor Emerita, Department of Visual Arts, Rutgers University; Founding Director of the Rutgers Center for Innovative Print and Paper renamed the Brodsky Center in her honor; co-founder and co-director of the Rutgers Institute for Women and Art; and a facilitator of The Feminist Art Project, a national program to promote recognition of women artists. Brodsky is founder and former chair of the international print festival, Philagrafika, which takes place in Philadelphia; past national president of ArtTable, the College Art Association, and the Women's Caucus for Art; a former dean and former associate provost as well as former chair of the art department at the Rutgers campus at Newark. She was a contributor to the first comprehensive history of the American women's movement in art, called The Power of Feminist Art. An exhibition she organized and curated called 100 New Jersey Artists Make Prints, recently traveled throughout the United States as well as to Middle East, and Africa venues. Brodsky presently serves on the boards of the New York Foundation for the Arts, and the International Print Center New York. A printmaker and artist, Brodsky's work is in the permanent collections of over 100 museums and corporations.

Ferris Olin (born 1948, Trenton) holds a BA from Douglass College 1970, an MLS 1972, an MA 1975,  and PhD in Art History 1998, as well as a graduate certificate in Women’s and Gender Studies 1988, all Rutgers University. She is a professor emerita at Rutgers University and the co-founder and co-director (with Judith K. Brodsky) of Rutgers Institute for Women and Art and The Feminist Art Project, an international effort to make visible the impact of women on culture. She also established the Miriam Schapiro Archives on Women Artists as well as the Margery Somers Foster Center, a resource center focused on documenting women’s leadership in the public arena, and served as associate director of the Institute for Research on Women and earlier, as director of the Art Library.  She is curator with Judith K. Brodsky of the Mary H. Dana Women Artists Series at Rutgers founded in 1971 by Joan Snyder.  Recent publications include Stepping out of the beaten path: Feminism and the Visual Arts, SIGNS, A Journal of Women in Culture and Society 2008; Eccentric Bodies: The Body as Site for the Imprint of Age, Race, and Identity, exhibition catalogue 2007, (both with co-author Brodsky). With Brodsky, Olin created the Women Artists Archive National Directory (WAAND), a digital directory to archives of the papers of women artists active in the US since 1945.  Among the exhibitions she and Brodsky have curated in recent years are a 50-year retrospective of Faith Ringgold’s work, 2009 and How American Women Artists Invented Postmodernism, 1970-1975 in 2005. Olin was vice president of the College Art Association 20024-2005. Recent awards include the Women’s Caucus for Art Lifetime Achievement Award, 2012 and the College Art Association Committee on Women’s Annual Recognition Award (now known as Distinguished Feminist Award) 2008.


BACK TO THE TOP

Margot Badran is a historian and a specialist in women’s studies who focuses on the Middle East and Islamic world from the late 19th century to the 21st century. She is a senior scholar at the Woodrow Wilson International Center for Scholars in Washington. She has held the Reza and Georgianna Khatib Visiting Chair in Comparative Religion at St. Joseph’s College, Brooklyn and was the Edith Kreeger Wolf Distinguished Visiting Professor in the Religion Department at Northwestern University. Her concerns include feminism, gender, modernity, Islam, trans/nationalism, women’s networks, and constructions of the secular and the religious. She has taught and lectured before academic and public audiences in the United States, Europe, the Middle East, Africa, South Asia, and Southeast Asia. Badran has received numerous awards including a fellowship from the Woodrow Wilson International Center for Scholars (2010-2012), a grant from the United States Institute of Peace, several Fulbright fellowships including the Fulbright New Century Scholars award, and fellowships from the Ford Foundation, the Rockefeller Foundation, the Social Science Research Council of New York, the American Research Center in Egypt, the American Research Institute in Turkey, and the American Institute for Yemeni Studies. She is on the gender team of the Contending Modernities project at the Kroc Institute at Notre Dame University, on the team of the Alliance of Civilizations: Historical Approaches to a Gender Perspective at the University of Barcelona, and on the Advisory Board of the digital archive project, Women and Social Movements International, 1840-Present, at SUNY Binghamton. She is editor of the Brill series on Women and Gender in the Middle East and Islamic World. She has served, and continues to serve, on numerous editorial and advisory boards of publications, including more recently the Journal of Middle East Women’s Studies, Hawwa, and Jura Gentium (University of Florence). Her most recent book is Feminism in Islam: Secular and Religious Convergence (Oneworld 2009). She is editor of Gender and Islam in Africa: Rights, Sexuality, and Law (The Woodrow Wilson Center Press and Stanford University Press, forthcoming 2011). Other books include Feminism beyond East and West: New Gender Talk and Practice in Global Islam (Global Media Publications, New Delhi, 2007); Opening the Gates: An Anthology of Arab Feminist Writing (Indiana University Press, 2004) co-edited with miriam cooke; Feminists, Islam, and Nation: Gender and the Making of Modern Egypt (Princeton University Press, 1995); and trans. edit, and introducer, Harem Years: the Memoirs of an Egyptian Feminist (Feminist Press, New York,, 1987).

Haskell Curator of Modern
and Contemporary Art
Fertile Crescent Catalog Essayist and Curator
Speaking at the Symposium: The Fertile Crescent: Gender, Art and Society in the Middle East Diaspora 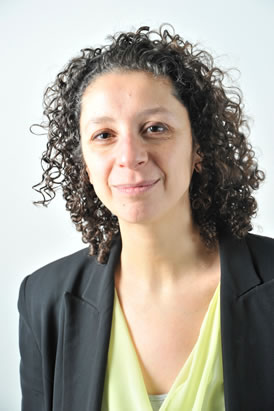 Gilane Tawadros (born in Cairo) has been resident in the United Kingdom since 1970. She studied art history at the University of Sussex and film at the University of Paris IV. She served as Director of the contemporary visual arts organisation InIVA (Institute of International Visual Arts), London, from its foundation in 1994 until 2005. Under her direction, InIVA was established as a leading global visual arts agency, working in partnership with individuals and organzations worldwide and realizing a groundbreaking program of exhibitions and publications, education, research and multimedia projects. She has curated numerous exhibitions of contemporary art, including  Veil, The New Art Gallery, Walsall, UK, Bluecoat and Open Eye Galleries, Liverpool, UK, and Modern Art Oxford, UK, 2003; Fault Lines: Contemporary African Art and Shifting Landscapes, 50th Venice Biennale, 2003; The Real Me (ICA) 2005; Sutapa Biswas 2004; and  2006 Brighton Photo Biennale. She has written extensively on contemporary art, and has served on the editorial boards of Art History and Third Text.  She is currently a Board member of the Forum for African Arts and the International Foundation of Manifesta (IFM).


BACK TO THE TOP

Leigh-Ayna J. Passamano (born 1987, Livingston, NJ) Leigh-Ayna completed her undergraduate studies at Pace University with a double major in Art History and Theater Arts with a concentration in costuming in 2009. She received a master’s degree in the Cultural Heritage and Preservation Studies Program, Art History Department, Rutgers University in 2011. Her thesis research focused on the preservation of memories and experiences of survivors of atrocities, such as the Holocaust and 9/11. She has worked at the Rutgers Institute for Women and Art since 2009. Her research has been published in the exhibition catalog, Passion in Venice: Crivelli to Tintoretto and Veronese, ed. Catherine Puglisi and William Barcham, (Giles Ltd, 2011). At Pace University she won several awards including the Writing Enhanced Course Program Writing Achievement Award, 2008; and the Fine Arts Department Award for the Highest Academic Achievement in Art History, 2009. In 2008 she was inducted in to the Alpha Chi National Honors Society and the Dyson Society of Fellows at Pace University in 2009. Passamano has been the Curatorial Assistant for The Fertile Crescent and assistant production manager of the catalog.